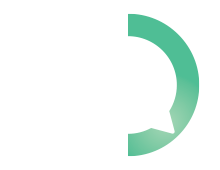 As per a recent report published by a industry analyst firm Canalys, Indian smartphone market shipment fell a whopping 48% in Q2, 2020, a sharp decline of 15.7 million units in the Canalys Q2 2020 Report. India is currently the second largest smartphone market in the world.

Due to the COVID19 pandemic, India had announced a country wide locked down in March till the mid May 2020. The smartphone production were halted in the country during the lockdown also the demand for the smartphones drop sharply as the online and offline retailers were not operating due to the pandemic situation till mid Q2.

Xiaomi currently holds the No.1 smartphone brand in India with 30.9% marketshare

Xiaomi retained its No.1 spot in the market during Q2 period as well. The Shenzhen based company has been following value for money approach in the price sensitive market. Even in the 48% year-on-year market decline, Xiaomi managed to ship 5.3 million devices and maintain its 30.9% market share, compared to its 31.3% last year with 10.3 million devices shipped.

Vivo climbed to second position in Q2 with 3.7 million smartphones even with a decline of 36% YoY.  The chinese manufacturer’s market share rose from 17.5% to 21.3% from April till end of June. The South Korean giant Samsung saw a decline of whopping 60% in its shipments from 7.3 million units to 2.9 million last year securing the third most selling smartphone brand in India with a market share of 16.8% compared to the 22.1% from last year even with their popular Galaxy A series smartphones.

The BBK Electronics owned brands Oppo and Realme finished at fourth and fifth spot. Both the brands were competing with each other to gain more market share. In Q2, Oppo have increased their marketshare to 12.9% shipping 2.2 million units, a decline of 27% from 3 million units from Q2 2019. The latter shipped 1.7 million units during the Q2, less than 1 million devices in 2019.

Canalys Analyst Madhumita Chaudhary said, As local production suffered through the early stages of Q2, vendors like Xiaomi and Oppo imported smartphones to meet pent-up demand. “It’s been a rocky road to recovery for the smartphone market in India,”.

While vendors witnessed a crest in sales as soon as markets opened, production facilities struggled with staffing shortages on top of new regulations around manufacturing, resulting in lower production output. The fluidity of the lockdown situation across India has had a deep-rooted effect on vendors’ go-to-market strategies. Xiaomi and Vivo have undertaken an O2O (offline-to-online) strategy to support their massive offline network. Online channels, too, while seeing a positive effect of the pandemic on market share, have seen sales decline considerably, she added.

Also the chinese manufacturers like Xiaomi, Oppo, Vivo and realme is facing a negative impact on the sales due to a border dispute with China in the northern borders which lead to fatalities in both sides. “There has been public anger directed towards China. The combinations of this and the recently announced ‘Aatmanirbhar’ (self-sufficient) initiatives by the government have pushed Chinese smartphone vendors into the eye of the public storm.”  As per Canalys estimation, 96% of the smartphones sold in 2019 were assembled/manufatured locally, says Canalys Research Analyst Adwait Mardikar.

Vendors are driving the message of ‘Made in India’ to consumers and are eager to position their brand as ‘India-first.’ Despite the sentiment, the effect on Xiaomi, Oppo, Vivo and Realme is likely to be minimal, as alternatives by Samsung, Nokia, or even Apple are hardly price-competitive, added Mardikar.

Analyst Madhumita Chaudhary has said, The transition to 5G is the next big opportunity, and Jio’s announcement of readiness to deploy 5G, as soon as spectrum is made available, has provided a ray of hope to most vendors who have been beaten by the current pandemic.

DigiTech Bytes Staff - May 15, 2022 0
Asus ROG and Intel, one of the influential brands in the gaming industry are bringing ROG Masters East EMEA 2022 CS: GO tournament to...

Ijas Rahman - May 12, 2022 0
ViewSonic Corporation has been making Liquid crystal displays (LCD), Projectors and Whiteboards for different markets like Education, Enterprise and Entertainment. The brand has been...